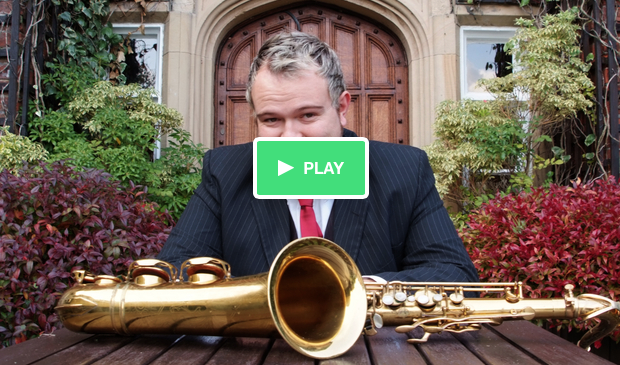 ‘I want to be a better improvisor’ is on of the most common requests I have from students. This course teaches you the basics of improvisation. After completing it you will be much more confident at improvising in front of others, you might even be brave enough to take part in a jam session!

In this lesson I show you how to insert a ii V Lick into a 12 bar blues. One of the most common problems that people have when improvising is getting lost. Keeping track of the form and the ‘changes’ is one of the most challenging aspects when your improvising over multiple chords.

Here is a lesson that could be placed in at least three courses on Cambridge Saxophone. It deals with the Minor Pentatonic, it is derived from our ‘Girl from Ipanema’ Transcription Project and it will help you to be a better improvisor over Minor chords.

One of my favourite tunes to play when I was in college was ‘The Chicken’ by Jaco Pastorius. It has since become a favourite of many of my students, in particular when I worked with jazz ensembles of any age group.

‘Licks’ are an important part of any improvisors vocabulary. When travelling in a foreign country if you don’t speak the local language you will often carry a ‘phrase’ book so that you can communicate with the locals.

Virtual DJ is one of those pieces of software that I use an incredible amount. It is a free piece of software for desktop or laptop computers and makes transcribing SO much easier!

Learning ‘licks’ is a great way to learn the vocabulary of Jazz. If you want to learn to improvise well, you need to play musical phrases that fit the framework (usually harmonic) to which the music has been set.

I am a huge fan of Greg Fishman’s books for saxophone. Greg is a superb saxophonist and a very articulate teacher. His books are a perfect foundation for a jazz education and I know of many teachers all over the world who are now using his books as part of their core curriculum.

As we have already seen, learning ‘licks’ can be really important when forming a jazz vocabulary.

Here is a great idea for changing the harmonic feel of any chord. Starting on the root of chords is quite boring and doesn’t create much harmonic interest to the listener. ‘Flipping’ the harmony to a different type of chord whilst staying on the chord tones is a great way to create interest.

I'm passionate about creating inspirational experiences through music and other arts. A life changing experience under the influence of the music of John Coltrane lead to study in New York and London. My thesis was on the Theology of John Coltrane as expressed through A Love Supreme. I perform across Europe with various jazz groups and teach through my innovative website, www.cambridgesaxophone.com. I'm a total Apple Geek, Cricket, Rugby, F1 and Football fan and I'm learning to listen opinions before giving my own!
View Profile

In this transcription project we are going to be looking at one chorus of Duke Ellington’s ‘In A Mellow Tone’.  The harmony is relatively simple, but really rich and you will get some fantastic Dominant 7th lines down if you give this course the application it deserves.

The Surrey with the Fringe on Top” is a show tune from the 1943 Rodgers and Hammerstein musical Oklahoma!. It was recorded by Sonny Rollins on his 1957 album, ‘Newk’s Time’ which was released in 1959. Sonny’s version features just him on tenor and ‘Philly’ Joe Jones on Drums.  It’s a great way of appreciating […]