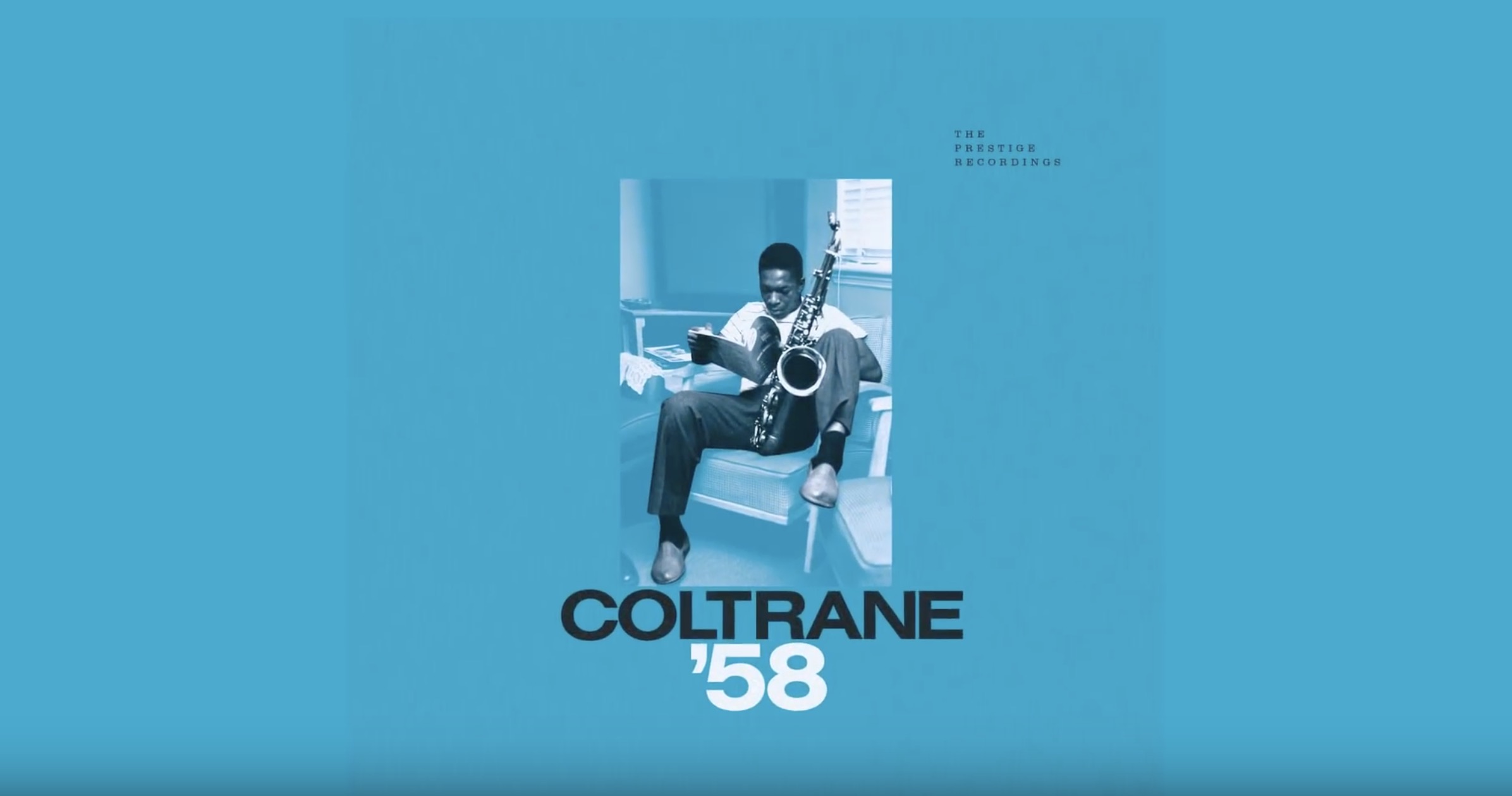 1958 was a pivotal year in John Coltrane’s development as one of the most important ‘voices’ in jazz. In 1957 he had undergone what was in his own words a ‘spiritual awakening’ which had led him to getting REALLY serious about his music and saxophone playing.

In March this year, all of Coltrane’s Prestige recordings were collected into a new 8 x LP set – click here to purchase (watch Ashley Kahn’s unboxing video below). The box-set is set out in chronological order from January to December 1958, so you can really hear Coltrane’s development during the year. 1959 was a year when Coltrane made two of the most seminal albums in jazz, his own Giant Steps and Kind of Blue for Miles Davis.

Coltrane ’58 features 37 tracks, all of which have been remastered from the original tapes, such as ‘Lush Life’, ‘Lover Come Back to Me’, ‘Stardust’, ‘Good Bait’, and ‘Little Melonae’, plus first recordings of ‘Nakatini Serenade’, ‘The Believer’, ‘Black Pearls’, ‘Theme for Ernie’, ‘Russian Lullaby’, ‘Sweet Sapphire Blues’ and ‘I Want to Talk About You’.

All of the recordings took place in New Jersey at Rudy Van Gelder’s home studio, created during a series of 3-hour sessions…