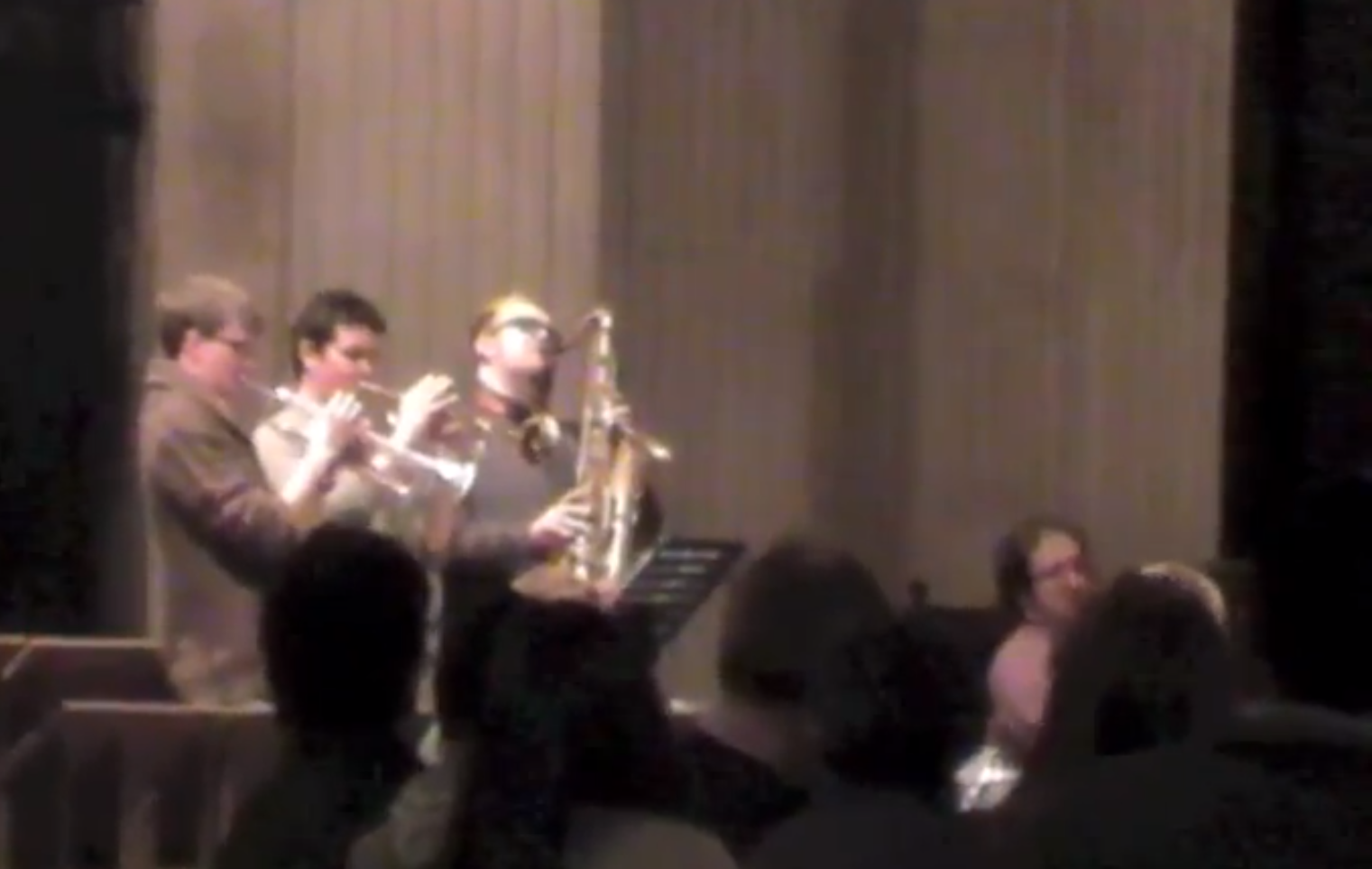 I felt immensely privileged to be asked to play in St Paul’s Cathedral as part of the King Cave Project on Sunday, 25th November 2012. I’ve been a part of this group for over a year now, and Ewan and James have asked me to play in venues as diverse as schools, crypts, tents and two of the UK’s most impressive cathedrals: Hereford and St Paul’s.

The first thing that strikes you about St Paul’s is its sheer size. For centuries this was London’s biggest and tallest building. I’m sure those of you who have been lucky enough to go in would agree that it’s even more impressive on the inside than the outside. The hardest thing to deal with on a Sunday is all the tourists who’ve decided that, as it’s a Sunday, and free to get in, they’re going to have a good old nosey around. I’m sure this must push the superb cathedral staff to the limit! However, the 500+ people who showed up in the evening certainly lifted the musicians – if you were one of them, thank you.

The next thing you notice is the amazing acoustics. I took my saxophone out of its case and just blew one of my customory opening ‘licks’ … the notes just went on and on and on, arriving back at me about a 1/4 tone flat and up to an amazing 12 seconds later – certainly longer than singing in the shower!  This caused me a few problems. I have to say it took me a good 40 minutes of playing to really get used to the strange acoustics, and it required a great deal of really intense listening in order to hear all the other musicians. We had no fold-back system, either, nor even much PA!

Without doubt the most impressive saxophone in this acoustic was my bronze Yanagisawa S992 – it was just out of this world. Playing under the dome of St Paul’s on this instrument was an experience I shall never ever forget. My only disappointment was that I wasn’t allowed to make any recordings of just how impressive the soprano sounded in this wonderful place.

We also had quite possibly the strangest band room I’ve ever been in – sitting downstairs in the crypt beside the tomb of Lord Nelson. I’m not sure he’s much of a jazz fan, but after the performance I did give him a sneaky blues serenade! The performance itself was for evening Communion, and used the Bryant Park Mass by James Cave. You can hear some of the King Cave Project’s album featuring James’ music here.

For me it was over all-too quickly. For our digital scrapbooks we could only manage (in rehearsal before the service) a few shots and a 10-second video clip.

This was only the second jazz service St Paul’s had ever held. I really hope they’ll have more, so I’ll get the chance to play in this amazing space again.